Two remarks stuck in my craw after last week’s abortive meeting between ministers and the England and Wales Cricket Board in their latest forlorn effort to get off the hook over Zimbabwe. The words of both merit close attention.

The first was from Tessa Jowell, Secretary of State for Culture , Media and Sport, when she said: “Sport in this country is not run by politicians; not should it be.” It sound obvious, so true, almost a cliche. Yet it’s actually a load of baloney when you think about it. Apart from football, which is enriched by television, every other sport in its country gets its main funding from the National Lottery, through the medium of a series of sports councils whose every decision is closely monitored and audited by Jowell’s department.

If “sports isn’t run by politicians in this country”, how come Chris Smith, when in Jowell’s job, voted the English Sports Council’s plans for Wembley and forced them into a scheme that cost a vast amount more and had to be abandoned because it didn’t work?What is the 2012 Olympic bid but a major political decision? As anyone in any of the sports councils can tell you, the DCMS intervene in sporting decisions every day of the week, not to mention sacking half their staff.

It suits the Government in this case to study they are not involved in sports because, if they were to force the ECB to cancel the tour, they would be stuck with responsibility for paying compensation. That is what this is all about – nothing to do with freedom in a democracy, as the Foreign Secretary, Jack Straw, keeps spouting on about.

The other remark came from David Morgan, the beleaguered ECB chairman, who said: “We do not believe it is incumbent on us to take a moral stand.” That really is a remarkable climbdown from the position he adopted when Des Wilson’t ECB paper on the moral case for staying away from Zimbabwe was published.

Wilson cited three main reasons that would justify a boycott: political interference in the running of the country;s cricket, restrictions on the media and racism. All three clearly apply to Zimbabwe – even more so since the paper was issued, to general applause, in January. So why has Morgan backed down in this way? Has his conversion gone so far that he now believes the International Cricket Council would be right to bring punitive sanctions against the ECB for not going to Zimbabwe?

He claims to have been “mugged” by the ICC when they persuaded him o postpone a decision on the issue until he had met them in New Zealand. In the meantime, the ICC cooked up all sorts of fearsome sanctions, including the possibility of suspending England from international cricket and losing next year’s Ashes tour. Morgan was certainly mugged, but only because he was a mug to let the ICC gang up on him like that.

Whether these threatened sanctions carry any real weight in law has been disputed by Robert Griffiths QC, who resigned from the MCC committee when they voted in favour of going to Zimbabwe – making him, along with Wilson, one of only two heroes in this whole sordid affair. Would the ICC really go so far as to damage world cricket and their mender’s finance – over what? The ICC are not defending any principle, just an inflexible, bureaucratic 10-year programme for world cricket which they insist must be observed at all costs. 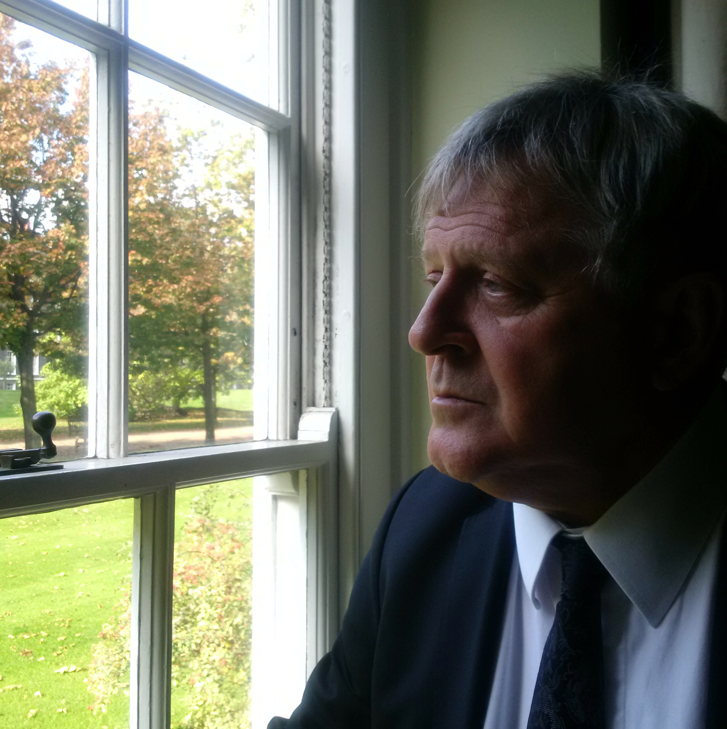 England are entitled to special consideration from the ICC over Zimbabwe. Our situation is different from that of Australia in that British citizens and property have been attacked. Public opinion here is strongly opposed to the tour, and the image of cricket will be damaged if it goes ahead. The ICC’s president, Ehsan Mani, should be ready to listen to serious arguments like this, instead of engaging in a rude personal attack on Wilson.

He should also be dealing with the current implosion of Zimbabwe cricket, which is clearly riven by racist politics to such an extent that they are no longer capable of putting out a team of Test quality.

Muttiah Muralitharan is making a mockery of Test bowling records by picking up cheap wickets from them, as he admits himself. Will the world accept another batting record from Mathew Hayden if it is made against this apology for an international cricket team?

There must still be a 50-50 chance that the tour will be called off anyway – either over security, which is increasingly serious, or as a protest by the international players’ group, FICA, over the treatment of Zimbabwe’s white cricketers. Or – hope against hope – the monster Robert Mugabe will disappear before the autumn. As if they hadn’t enough to cope with, Morgan and his side-kick, Tim Lamb, are faced with a revolt from the country chairmen – not just over their inept and craven handling of the Zimbabwe tour but their plans for the county game.

It is hard to see what can save them now – or the moral reputation of English cricket.