The Paternoster Chop House is equidistant between the London Chamber’s main office in Queen Street, and 4-5 Gray’s Inn Square, the chambers of Robert Griffiths QC whose cross examination technique has been described as “a descent into the fires of hell” for defendants – more of that in a second. Outside the courtroom though, he is, as I discovered on a recent LCCI trade mission to Abu Dhabi and Dubai , a charming and highly-entertaining companion with informed and strongly-held views on a wide range of subjects including the lawyer’s role in business, the London skyline, and a cricket team for the capital.

First though, that descent into hell. At the time of our lunch Oscar Pistorius had just been given a robust going-over by prosecutor Gerriel Nel at the celebrated court case taking place in Pretoria. A few years ago Mike Atherton, former English cricket captain turned respected journalist, commented on Griffiths’  “ordered mind and razor tongue” after the QC had cross-examined witnesses in the Darrell Hair case –  Hair was the Aussie umpire who had been farcically dumped by the International Cricket Council – before making the Hades reference.

Grifiths is very much a commercial lawyer but I wondered what he thought of Nel’s technique in the (criminal) Pistorius case. “He is a natural cross-examiner with an individual style; he’s tenacious and doesn’t let the defendant off the hook. Overall I’d say he’s done a good job –  he’s had plenty of ammunition, no doubt about that, but he has used it well.” One complaint though: Griffiths wasn’t keen on the South African prosecutor’s regular accusation to Pistorius that he was lying. “That is for the judge and his assessors to decide. It’s Nel’s job to make the case.”

Lord Digby Jones, former Trade Minister and TV’s latest business troubleshooter, has recently been quoted as saying that in his career he had been “a business adviser first and a lawyer second.” Leaving aside the difference that Jones was a solicitor and Griffiths a barrister, I asked whether this struck a chord. “It does. Too often lawyers are seen as people who tell you what you can’t do not what you can. I see myself as someone who can assist business people in the achievement of their objectives. This fits particularly well in planning and commercial law, the kind of work I’m involved in.” Though he clearly relishes his life in the law, Griffiths believes that the lawyer misses out on the continuity of other jobs. “After I’ve cross-examined someone it’s over; the case is won or lost but the business carries on. I move on to my next assignment.” 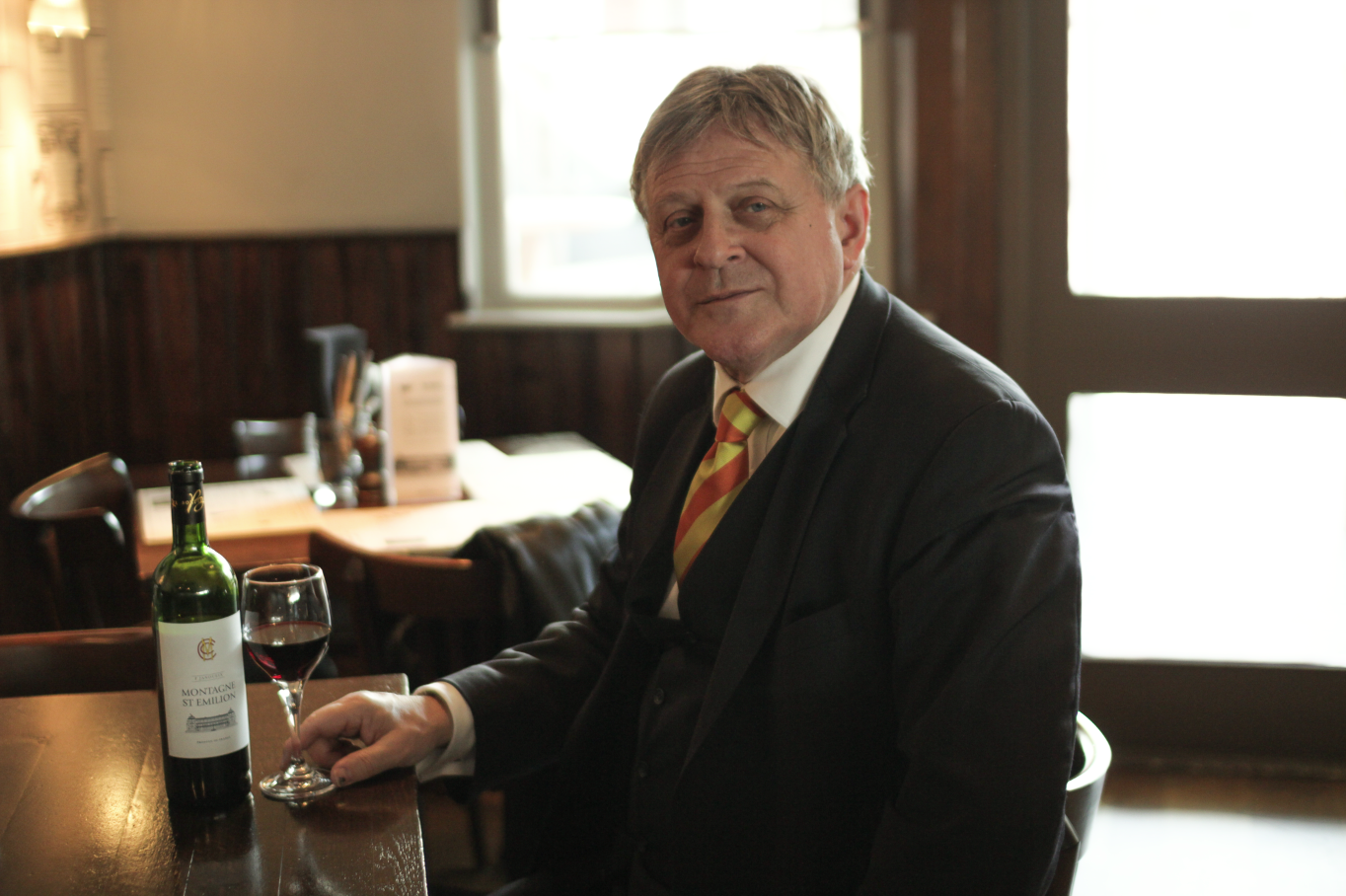 These days that may well involve fracking as Griffiths is an expert in the oil and gas regulatory regime. He is also a great advocate of – and has acted for – National Parks and, though he appreciates that natural tensions arise, has argued strongly that alternative locations should be investigated first for potentially valuable energy sources.

Griffiths is clearly proud of his Welsh roots – ha was born in Swansea and went to school at Haverford-west in Pembrokeshire – but he is also passionate about London, and particularly the capital’s skyline. He has been an advocate of a major redevelopment of Lord’s Cricket ground, home of the Marylebone Cricket Club (MCC) on whose cricket committee he sits. “At the moment we’ve got a plan which is based on doing up the place stand by stand, using only MCC resources. This, I’m afraid is shortlisted. I support out previous vision which was a classic enabling development with a ‘wow’ factor.”

This would have come from an iconic Lords tower (not unlike some we had witnessed in Dubai), a boulevard connecting the home of cricket with St John’s Wood High Street and the creation of more greenery and space as office functions, for example, were now moved below the ground into disused rail tunnels. Griffiths has spent much time and energy on the project, consulting with leading architects Herzog & de Meuron in Basel and making a presentation to Mayor Boris Johnson, and I sensed that he has not given up on something that has been sidelined as being “too imaginative”. Indeed, a week after our lunch it was reported that the original Lord’s revamp was now finally back on the agenda.

He is similarly enthusiastic about London as the world capital for law. “More people, Russians, Indians and Arabs particularly, are coming here to settle disputes than ever before” – and a cricket team for the capital. I mentioned that there had been more people on the pitch than in the stands. “If that game had been London v Cardiff, or Sydney, or even Hong Kong, it could have been a sellout in the right circumstances.”

By now we had worked our way through the set menu and sampled black pudding and pork scotch egg with red onion chutney (starter, both of us), mackerel fillet, lentils and sea aster (“very good”, him) and  guinea fowl breast, heritage potatoes and wild garlic (similar, me), with deserts of dark chocolate and pecan brownie with vanilla ice cream (“so much chocolate”, him) and vanilla set cream and fresh raspberries (me). It was fantastic value at £23 for three courses.

This was the first time that Griffiths had been to the Chop House and he intends to return. Around Gray’s Inn his favourite spots are the Bleeding Heart restaurant and Davy’s wine bar where he used to enjoy a drink with the late George Carman QC, perhaps the greatest advocate of his day.  “I persuaded George to think about doing a TV programme, a master class on the art of cross-examination, but sadly he died before it could be made.” To my mind that would be a programme on a subject that would still arouse great interest and is just waiting to be made. With Griffiths’ vast experience and expertise, his passion for advocacy and appealing personality, he would be the ideal man for the job.