Robert Griffiths is a practising barrister, a Middle Temple Bencher and joint Head of Chambers at 4-5 Gray’s Inn Square. He is a commercial planning and public law practitioner who has appeared in a number of high profile matters involving sports. His cases have included representing Muhammad Ali, Kerry Packer, Darrell Hair, Surrey County Cricket Club, Lancashire County Cricket Club, Manchester United and Wolverhampton Wanderers FC. He has been a member of the MCC Committee for more than 10 years and is currently a member of the Main Committee and Chairman of the Laws Sub-Committee. He was formerly Chairman of the MCC Development Committee and Chairman of he Test Match Grounds Consortium. He is a Trustee of the Lord’s Taverners and Vice President of Crawshay’s Welsh RFC. As a schoolboy he represented the Welsh Secondary School at both cricket and rugby. Prior to pursuing a career at the Bar he played University and Country Cricket, and club Rugby.

As a young man, I played sport; hard to believe, I know. I now practise law – more credible I hope. There is a connection. The play element in sport is obvious; it is less so in law. Few things would seem to be further apart than the domain of jurisprudence and play.

The seriousness and the interests of the individual society epitomise law. However, as Johan Huizinga pointed out in his seminal work “Homo Ludens” or “Man the Player”, the sacredness and seriousness of an action by no means preclude its play quality. There is a close affinity between law and sport. If, according to Wittgenstein, philosophy is playing with concepts, is not law playing with rules? The actual practise of law in the form of a lawsuit resembles a contest. In Ancient Greece litigation was considered as an avon a contest bound by fixed rules and sacred in form where two contending parties invoked the decision of an arbiter.

The juridical process started by being a contact and the agonistic nature of its character is still self-evident in our adversarial system.

The administration of justice takes place in a court for a start. Any proceedings before a judge are always dominated by the intense desire of each party to win his case. The judicial contest is subject to a system of a rules which set the lawsuit in the domain of antithetical play. The Oxford law professor, the late Ronald Dworkin, said that the supreme virtue of law is integrity. Law should speak in a coherent and principled way. It must be interpreted to aim ultimately towards what he called “some single comprehensive vision of justice”.

Translated into sports is that fair play.

The “The Republic”, Plato declares that there are two arts which I would say some God gave to mankind: music and gymnastics. Albert Camus, who apparently was a very good goalkeeper, centuries later, said he learned ethics from sport. Harold Pinter, reflecting Plato, more specifically said that cricket is the greatest thing God created on earth, certainly greater than sex although sex isn’t too bad either. Pinter’s view may explain why, according to The Times, the Vatican is to announce this week that it is setting up its own cricket club to be known as St Peter’s Cricket Club. (I hope they practice what they preach.) Or, it may be due to the publication of a new book entitles – would you believe – Italian Cricket Club, in which the author Ilario Lombardo, who I suspect is a lawyer, writes that cricket is a sport of integration because it is a sport in which the other may be an adversary but is also treated with respect.

We like to think that is the same in the practice of law. However, it was Neville Cardus who focussed on the relationship between the laws of cricket and societal value. He wrote: “If everything about England was destroyed except the laws of cricket, English society would still be recreated from them.”

Surprisingly, he made no reference to Welsh society.

Let us look at the relevant law.

Law 42.18 provides the games are rule-governed practices. The standard of fair play referees to the Spirit of the Game rather than the letter of the law. The Spirit of the Game is antecedent to its laws. The laws define the practice of game playing. In the same way, law is a rule-governed practice. In addition to the constitutive rules of sports and law, there are resources connected closely – perhaps indeed conceptually – to both practices. These resources can be used to adjudicate on issues in sport and the law. Sport and the law have an independent, intrinsic logic of their own that make them more than a mirror reflecting the values of society. Both the playing of sport and the administration of justice are practices that have histories and traditions.

Practices change; they must. But the change comes from within and operates inside the context formed by tradition and practice. In cricket, the spirit of the game provides guidelines as not to be done. In law, that intrinsic logic is reflected in the normative principles which have influenced the development of our legal system.

Should sportsmen regard fair play as adding anything to their obligations to adhere to the rules of the game? Is the concept of fairness a principle of law and, if not, should it be? In O’Neill v Phillips, a case on the meaning of unfairness for the purpose of Section 994 of the Companies Ac 2006, with which you will all be familiar, Lord Hoffman said:

“Although fairness is a notion which can be applied to all kinds of activities, its content will depend upon the context in which it is being used. Conduct which is perfectly fair between businessmen may not be fair between member of a family. In some sports it may require, at best, observance of the rules, in others (it’s not cricket’) it may be unfair in some circumstances to take advantage of them.”

The phrase “it’s not cricket” was originally used by the Rev James Pycroft in 1851 to express his disapproval of over-arm bowling. It was not until 1864 that it was legal to bowl over arm.

One-hundred-and-thirty years later, in February 1981, at Melbourne, in a one-day match with New Zealand needing six from the last ball for a tie, the Australian cricket captain Greg Chappell instructed his brother Trevor to deliver an under-arm delivery along the ground. He did so, and the New Zealand batman blocked it. Australia won. Former Australian captain Richie Benaud called Chappell’s action “the most gutless thing I have ever seen on a cricket field.” New Zealand’s Prime Minister got involved: Sir Robert Muldoon called it an act of cowardice and stated that he now understood why Australia’s one-day uniform was yellow. Yet what Chappell did was lawful and it was said that no other case, legal or otherwise, has so epitomised the conflict between law and morality. This is why lawyers so much like cricket; it reflects their every-day activities.

The 2000 Code of Laws of Cricket introduced a preamble dedicated to the spirit of the game. Article 3 of the preamble provides that , so far as fair play is concerned, umpires have a discretion to intervene, not only on the basis of what they are empowered to do under the laws of cricket but in cases of any other action they consider to be unfair. This is an important provision because it is inconsistent with the often-expressed views that laws are all an umpire has to work with. All the circumstances in which a rule might be applied cannot be seen in advance. There are some issues, both in sport and in the law, which can only reasonably be settles when they arise and are so identified. It is for this reason that the relevant legal system may have to rely upon values which are not expressly contained in the rules or indeed in the laws. This was called by Professor Dworkin, to whom I earlier referred, as the “open texture of rules”.

So far as English public law is concerned, the judges have not yet developed a substantive “fairness” paradigm. There is a concern that activism in applying a general theory of fairness would vest the courts with a power to determine how administrative decisions should be taken. Understandably – I have experienced this quite a lot in my applications to the court – the courts do not want to trespass on the powers of the Executive and substitute their own view of the facts for that of the decision maker.

That would be undemocratic and inconsistent with the fundamental principle of the separation of powers. But in circumstances where the decision reached is substantively unfair, in the sense of being unjust, there is in my view a strong argument that the courts should intervene. The concept of fairness in Lord Hoffman’s view would free the court from technical considerations of legal right and confer a wide power to do what appeared just and equitable. This would not mean that the court could do whatever the individual judges judge thought fair. It would be applied judicially and its content would be based upon rational principles. The court would have a very wide discretion but it would not “sit under a palm tree”. In my view it would be consistent with the objective of maintaining law’s integrity and aiming towards some single comprehensive vision of justice.

In cricket, the problem is a different one. Umpires already have the power but they are reluctant to use it where the transgressors and the decision maker. Where an umpire sought to remedy an injustice, as did the Australian umpire Darrell Hair (and I will disclose an interest here, I represented him) in the ball-tampering incident in the England/Pakistan test match at the Oval in 2006, the cricketing authorities did not support him. As you will recall, for a time he even lost his job.

There is a darker side to sport which I shall call Orwellian. George Orwell said serious sports has nothing to do with fair play; it is bound up with hatred, jealousy, boastfulness, disregard of all rules and sadistic pleasure in witnessing violence. Few of us, I suspect, would agree with that observation. But it does draw our attention to the potential for sport to be corrupted by the failure to adhere to the principle of fair play. Corruption, in the form of match and spot fixing, is undoubtedly sport’s biggest threat. It is contrary to the predominant norm of sport – the will to win. It is potentially destructive of the game of cricket.

The incidence of corruption is sport, especially, I am afraid to say, in cricket, have hugely increased in competitions where entertainment it regarded as more important than winning, such as IPL. Drug-taking an doping are wholly contrary to the will to win fairly. Cheats cannot win. If you cheat, you are not playing sport.

These problems need to be resolved by the taking of decisive action, not just by the sporting authority but, in my view, by Government. (I was hoping the Minister would be here tonight; she could not attend.)

I would personally advocate the introduction of specific laws to make corruption in sport a criminal offence, and, perhaps more broadly, a statutory code of laws for sport.

Self-regulation can only go so far and has not proved effective. The sports authorities will try to give the impression that they are getting to grips with it but, in my view, the evidence is obvious; they are not. Self-regulation in cricket has only gone so far and has not proved effective. I suspect the same is true in other sports. Self-regulation does not have the force of law. Its enforcement powers are weak. Much more needs to be done by Government and the sporting authorities to help achieve fair play both on and off the field. 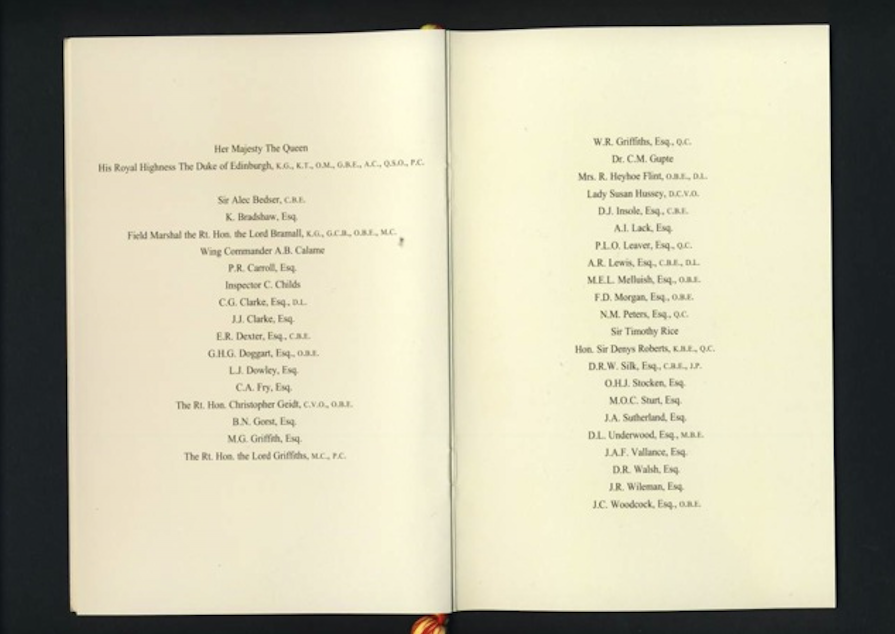